It was a dark and stormy night. No, really.

As the Nomad crew neared the Northeast corner of Oklahoma for the following day’s Central States Communications Exercise, blue skies suddenly washed gray. Roadside treetops began to rustle. A few ticks later, raindrops were tapping at the windows of our Miami (my-am-uh in the local vernacular) hotel and the gray sky went black. The lights flickered once and went out. From dark rooms, we watched the drizzle become a sideways-blowing deluge with ferocious winds that threatened to rip bending light poles right from the ground.

Let’s just say it was a long night.

Morning brought unexpected warmth and calm, but the message was clear; things can change quickly around here.

A Climate of Uncertainty

Extreme weather events and other increasing threats are shining a light on the need for unflinching emergency preparedness and response practices. Against the backdrop of disasters like the Joplin and Moore tornadoes of a few years prior, the Central States Communications Association organized its first four-state comms exercise in 2017.

That year, agencies from Kansas, Missouri, Arkansas, and Oklahoma converged to network, test, and train. The approach was unique. Rather than responding to a “scenario,” teams from different areas, with assets that varied widely in capability, were given a book of specific tasks to work through.  The location was special, too… Spanning two FEMA regions, across three states, and into tribal land.

The exercise was so successful, it was recast in September of 2019, drawing almost 250 participants, representing 23 states and 88 federal, state, local, and tribal organizations.

It’s always about the training.

Gayland Kitch attended the Central States CommEx both times. The Moore, Oklahoma Emergency Management Director had this to say about its importance to his team and the communities they serve. “These exercises ensure we are familiar with the equipment in the vehicle, especially those systems we don’t use on a regular basis.  They’re also a means to work out problems in our communications interoperability and learn how others have solved issues we might struggle with. And of course, it’s always about the training, whether new personnel or simply refreshing our own skills.”

An event like Central States provides countless opportunities to test readiness and improve emergency management programs. There’s also a good chance participants will actually enjoy themselves. Kitch recalled, “What a great time we had! I know our team members – who had never been to anything of this nature – were pretty excited about the experience and have already talked about the next CommEx event.”

Regardless of location or population, every organization has a responsibility to ensure its equipment and personnel are mission-ready. Structured exercises increase effectiveness within teams, and when conducted across departments, municipalities, and state borders, they build critical camaraderie and interoperability.

There will be a test. Study up. 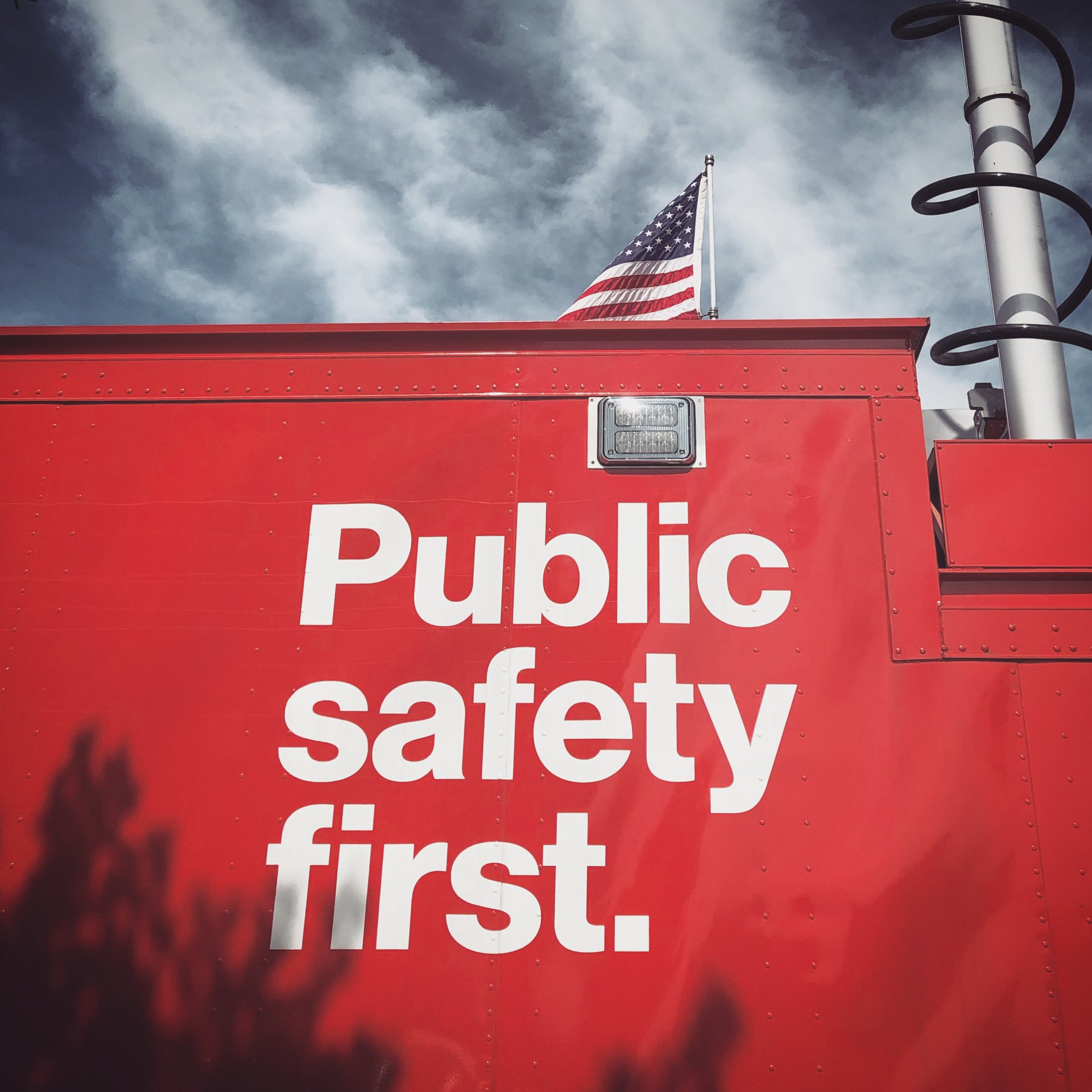 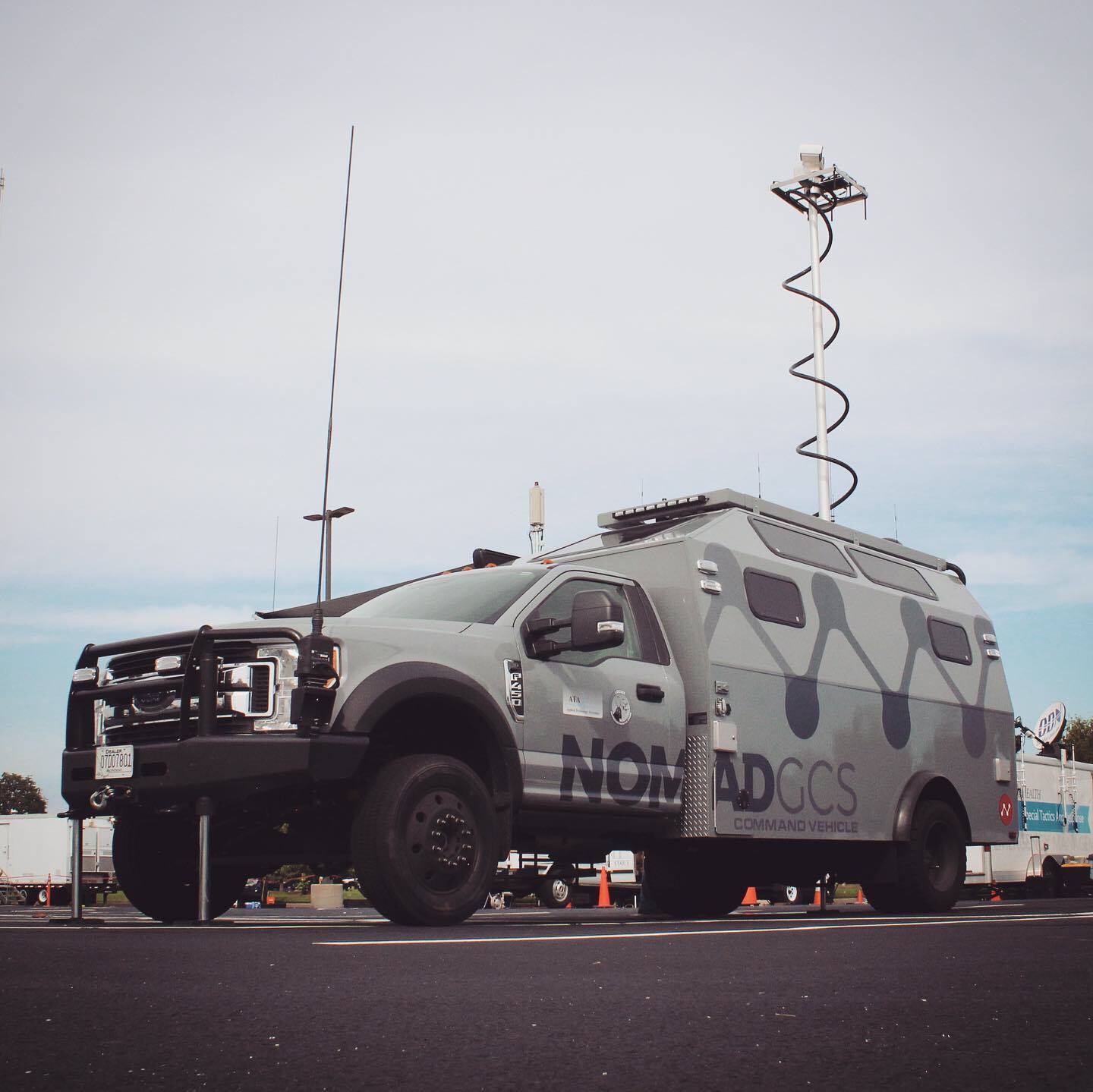 Nomad was proud to sponsor the exercise. 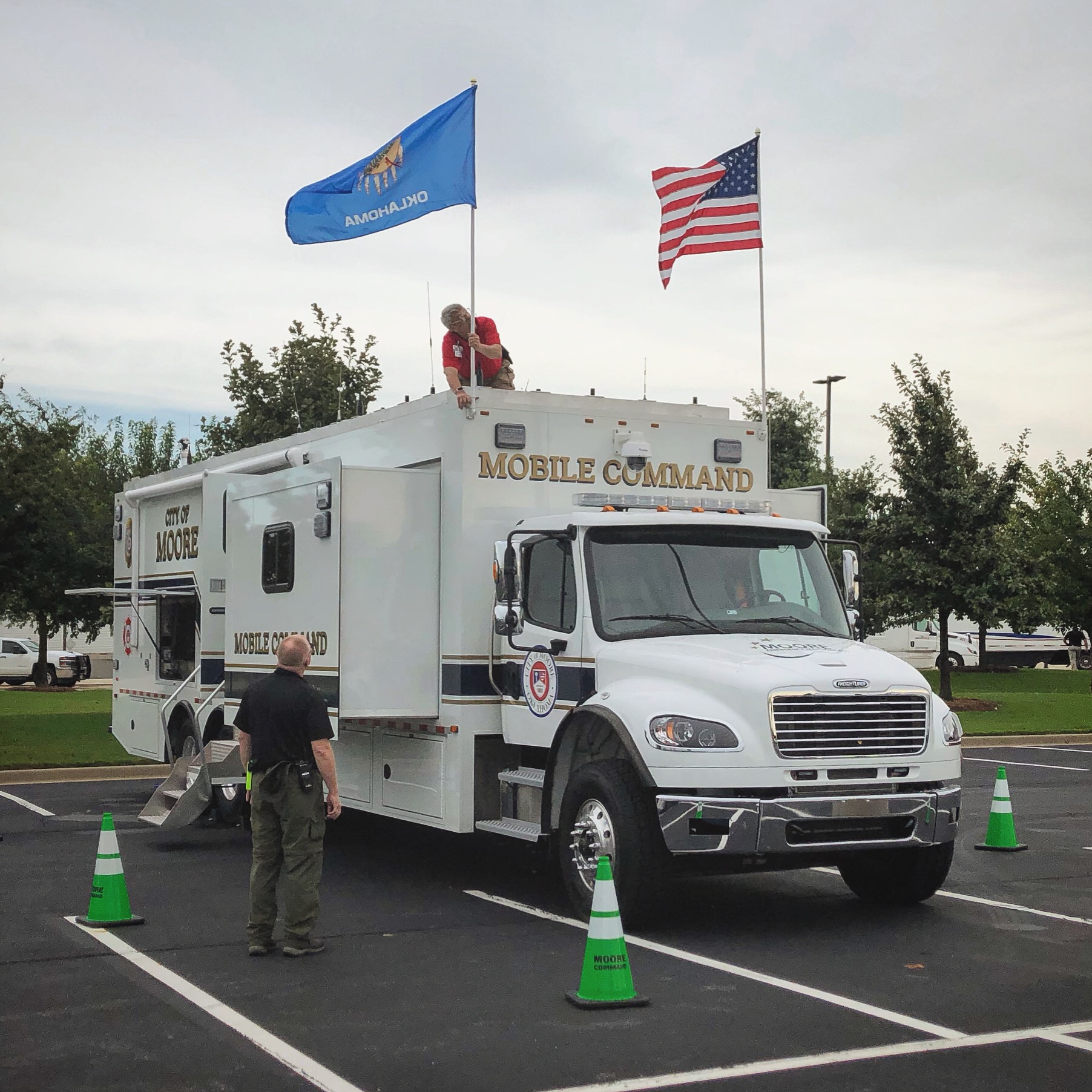 Moore, Oklahoma Emergency Management Director Gayland Kitch raises the flags on his Nomad-built command vehicle to kick off the day. 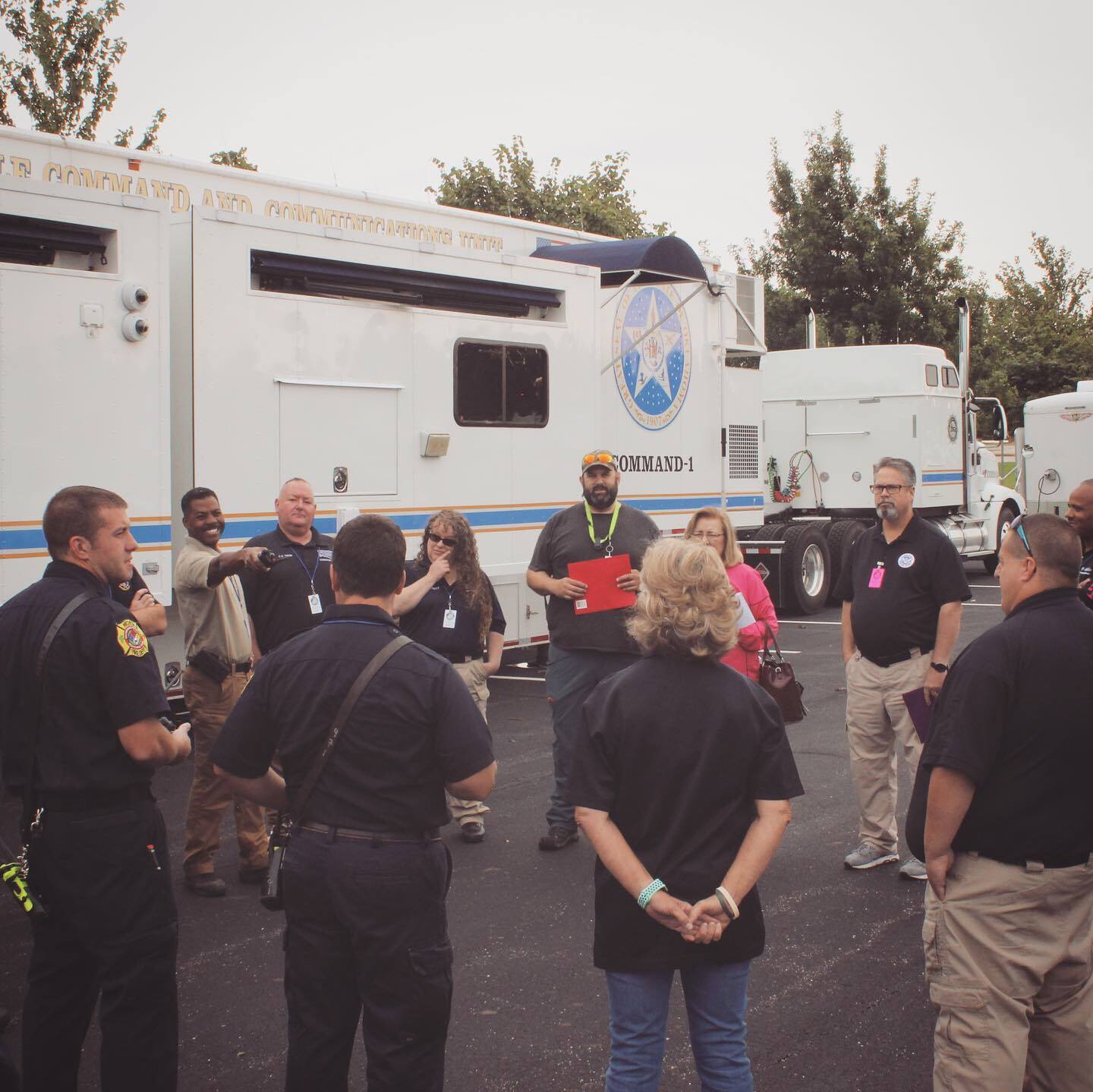 Morning team briefings got everyone synced. 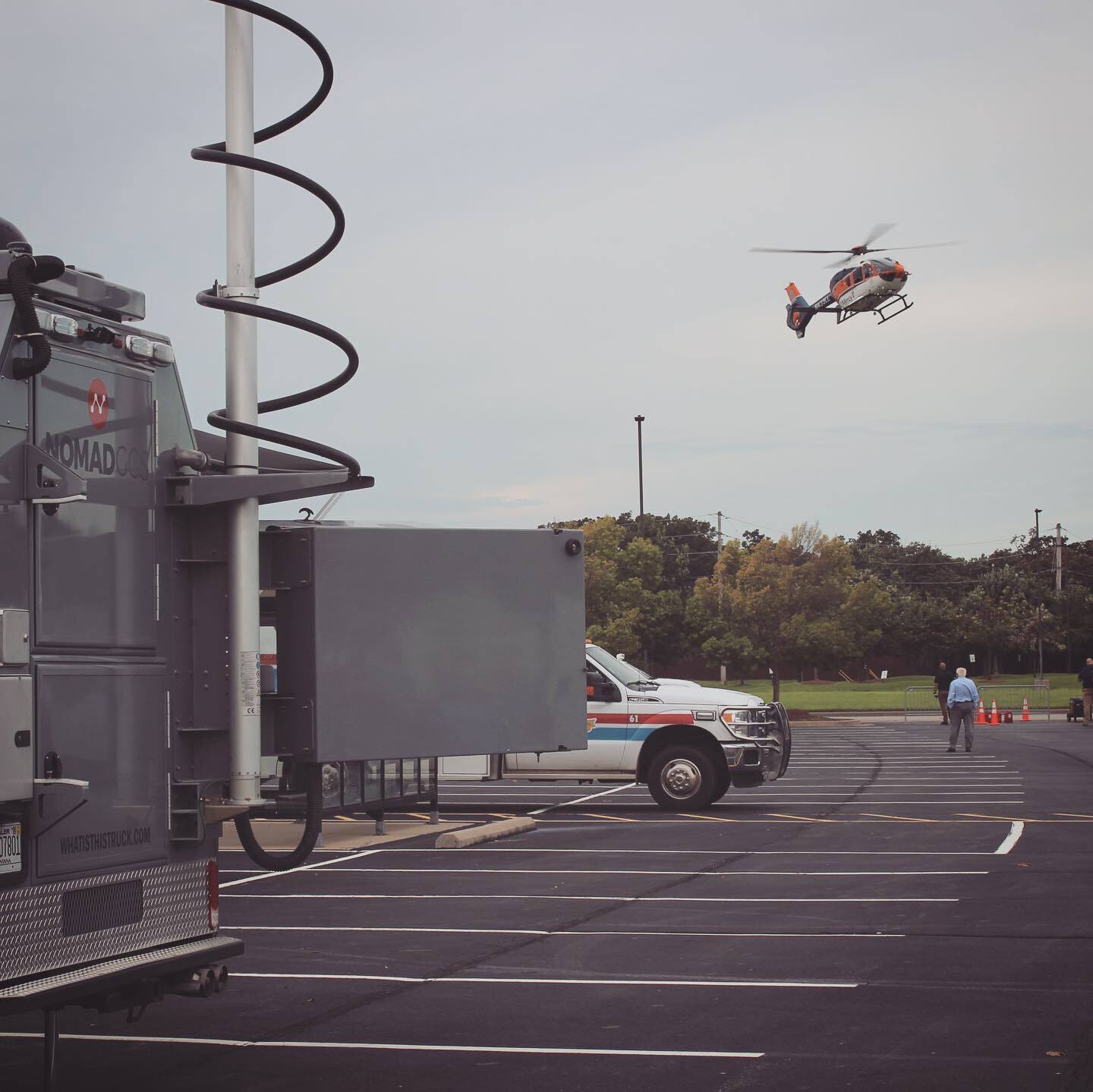 Air-to-ground and ground-to-air comms are always challenging, and an important part of the exercise. 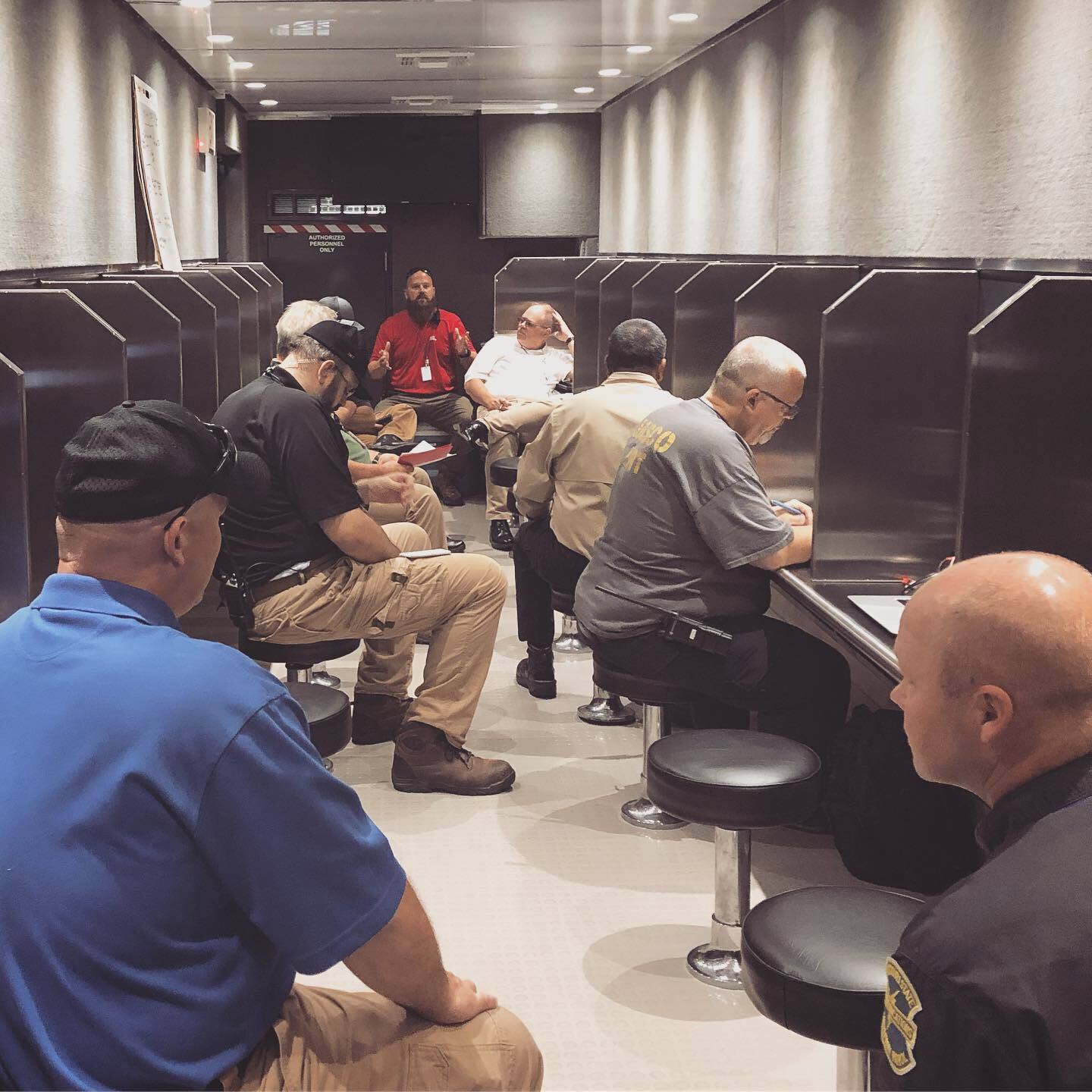 Verizon talked participants through the ins and outs of its deployable emergency ops assets. 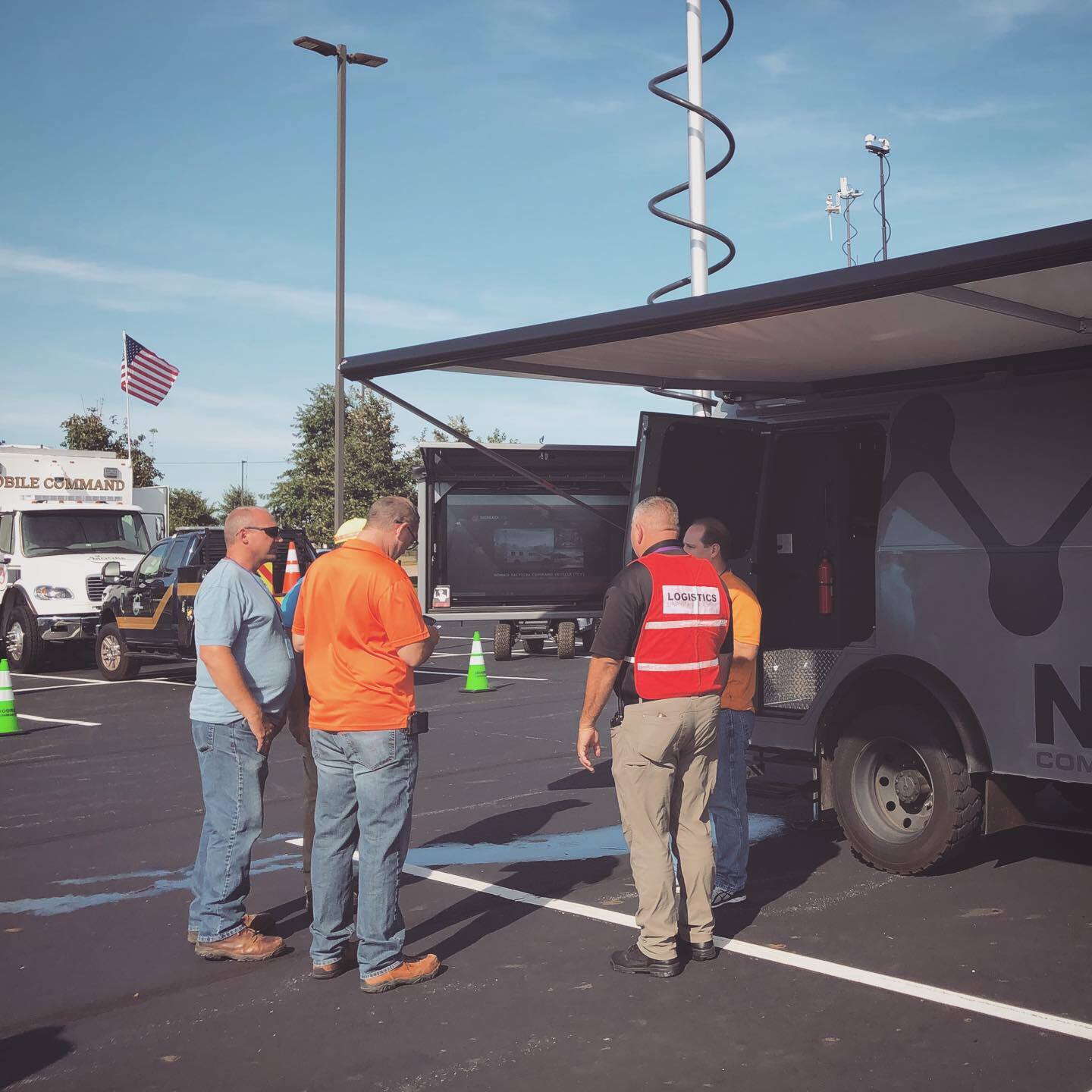 The Nomad TCV-X was a hub of activity.

Nearly 250 participants packed the hall for presentations and round tables.

Hot what? Scratching your head about the title of this article? Here’s the scoop. A “hot wash” is the immediate after-action report of an exercise, training, or actual deployment. The term originated in the US Army, where it referred to the practice of quickly dousing a weapon with hot water to remove major debris and aid the full cleaning process. Participants at Central States Comms received “hot wash” briefings at the end of each day.